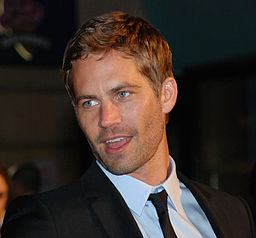 Paul Walker at the Fast & Furious premiere at Leicester Square.

Paul Walker, who starred in the Fast & Furious movie franchise, died tragically at the age of 40 last November in a high speed car accident in Los Angeles.  A probate case was opened at the end of January in California, revealing that he left assets of approximately $25 million.  His survivors include his 15-year-old daughter Meadow and his parents.

Put your assets in a trust.   Paul Walker’s will is before the court and available for public scrutiny because his assets weren’t transferred into the trust he had created. He had a pour-over will that left his assets in a revocable living trust, which is a good fail-safe just in case something inadvertently gets left out of the trust, but if his assets had been handled properly during his life the trust would have made everything totally private and kept it all out of court (and the media).  Unfortunately, while Paul Walker had a trust, it wasn’t properly funded … and this is why the details of his estate are exposed to the public. Not transferring assets into the trust is a very common estate planning failure, even when working with a lawyer.

Most lawyers simply do not handle transferring assets into the trust, the single most important part of estate planning, instead leaving it to clients to follow through on.

Fully fund your trust.  The intent to avoid the costly and public probate is thwarted when even one asset is left outside of the trust. To be effective, a trust must be fully funded. Sadly, this happens all the time – most estate plans will not work as intended because trusts are left unfunded or only partially funded.

When you do estate planning (or if you already have), the most important thing you can do is ensure your assets are transferred properly.

Don’t wait to do estate planning.  Walker executed his plan in 2001, when he was 28 and the first Fast & Furious movie had debuted.  While we don’t know what prompted him to do  estate planning, he did the right thing by planning early, and not waiting until “someday”, especially considering his untimely death.

Keep estate plans updated.  Not only were Walker’s assets not titled properly to have his plan work as intended, but his estate plan was never updated from the original version created twelve years before he died.

Walker’s net worth changed significantly in those twelve years, and so did his estate tax liability. With an estate of $25,000,000, his family will pay over $5,000,000 in estate taxes.  This could have been avoided with proper planning and it could have been structured to all pass on to his family instead of the Government.

If you would prefer that your family receives what you are passing on without the public spectacle of probate and without a portion ending up in the hands of the Government, you must update your estate plan at least every three years and review your assets and important changes every year.

To learn more about putting the right legal and financial protections in place for your family, contact our office to schedule a time for us to sit down and talk.  We normally charge $750 for a Family Planning Session, but because this planning is so important, I’ve made space for the next two people who mention this article to have a complete planning session at no charge. Call today and mention this article.

Difficulty coming into our office during regular business hours? We can set you up for an after-hours appointment - just ask! 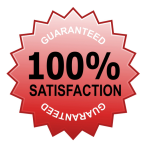 At Lucēre Legal, LLC, we are so confident in our ability to serve you well that we guarantee you will be happy with your service, or you can adjust your bill and pay us what you think our service was worth to you, all the way down to zero. We cannot guarantee any particular outcome in a case, but we can guarantee how you will be treated and the quality of work that we produce for you.

Join our Business Owner mailing list to receive our latest updates, tips, and insights from an experienced business law attorney, plus occassional free resources that will help you to run your business.

Join our Estate Planning mailing list to receive the latest updates and insights from an experienced estate planning attorney.