This One Tragedy Shows Why You Need an Advance Healthcare Directive 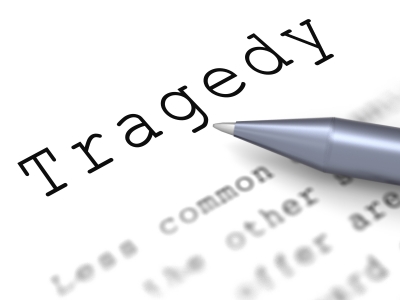 When Marlise Munoz arrived at the hospital on the night of November 26, 2013, she was already dead. At 33, this dutiful wife and mother to a toddler son fell victim to a sudden pulmonary embolism. Despite both her husband, Erick, and her being experienced paramedics, there was nothing he could do when he found her.

Though he succeeded in getting her breathing again for a short time, she remained entirely unresponsive upon arrival at John Peter Smith Hospital in Fort Worth, Texas. Two excruciating days of life-support later, an array of medical tests confirmed everyone’s worst fears: Marlise was dead.

Yet her story and the debate over what would be done with her went on to take the nation by storm.

What might have been a private tragedy, borne quietly by her friends and family, turned into a firestorm due to one complicating factor: Marlise was 14-weeks pregnant. Along with her parents, Erick Munoz, her husband, spoke carefully with doctors and came to a difficult decision. Marlise, with her extensive experience taking care of the dead and the dying, had made one point very clear: she did not want her body to be kept artificially alive, no matter the circumstance.

Unfortunately for her family, Marlise had never written an advanced healthcare directive or a living will that would have been unambiguous about her wishes. Instead, the management of the hospital refused their request that she be removed from life support, citing the Texas Advance Directives Act, which states that:

“A person may not withdraw or withhold life-sustaining treatment…from a pregnant patient.”

Even if she had written a directive, many lack any specific statement on pregnancy. Pre-made templates are particularly dangerous, leaving extensive ambiguities that may be used to contravene your wishes. At my office, I work closely with you to draft a plan that covers all the issues that you and your family need addressed. For women who are planning on starting a family or bringing a new joy to the one they have, this includes language that would speak specifically to issues surrounding your pregnancy.

Marlise’s family had no other choice. They were forced into court and onto the national stage, to endure a media firestorm focused on their personal tragedy. Activists on both sides of the debate pushed and pulled, inflicting awful insult upon their grave injury.

Judge R.H. Wallace of the Texas District Court ordered that the hospital finally declare Marlise dead and that her remains be released to her family on January 24, 2014. As every scan run made clear that Marlise showed no signs of life, her family’s attorneys successfully argued that she could no longer classify as a ‘patient’ in any way. Days later, her family finally received the privacy that the hospital and media attention had deprived them of—they said their heartfelt goodbyes and buried Marlise on the 26th.

A Lesson to be Learned

While this example may be extreme, it is hardly the only instance in which a person’s wishes are denied legal protection when the worst occurs. Without a well-executed advance healthcare directive, you and your loved ones stand at risk of lengthy disputes that would be challenging to deal with in the best of times, let alone after such a tragedy.

If you want to ensure that your family is protected, get in touch with our office today. You can call us at 612-206-3701 or reach out via our online contact form.

← Prev: These 3 Questions Get to the Heart of Being a Successful Entrepreneur Next: Don't Bet the Family Business on no Estate Plan →

Can You be Sure that Your End-of-Life Wishes Will be Carried Out?

As we age, our desires regarding our end-of-life care often become significantly more defined. For some, when all brain activity stops is the right time to stop any medical treatments keeping the body alive--for others, it is important to continue care for as long as...