5 Typical Defenses for a Breach of Contract 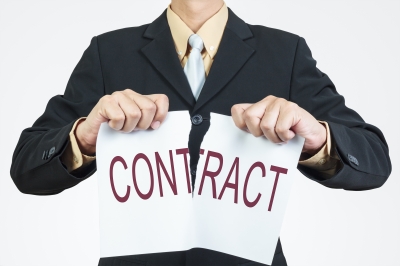 Breach of contract constitutes one of the most commonplace forms of business disputes: one party believes the other has failed to live up to the terms in a written–or even oral–contract and pursues a lawsuit.

If your business ever finds itself involved in a breach of contract suit, you need to keep in mind these common defenses:

Statute of limitations – A statute of limitations places an end limit on when a lawsuit must be filed by. The length of time in each state may vary–ranging from as few as three years up to 15 years, and can differ depending on whether the contract was written or oral. In Minnesota, the statute of limitations for any contract based claim is six years. The clock starts ticking at the time of the incident of the breach unless the you did something to conceal the breach, which has the time start when the other party discovers the breach. The claim is forever barred following the expiration of the time period.

Fraud in the inducement – The use of willful deception to persuade someone to become party to a contract that is not in his or her best interest.

Duress – Coercion, like making a threat to the person signing the contract or to their interests, constitutes duress. In a court of law, the contract would be found inequitable and unenforceable because it was not entered into freely.

Impossibility of performance – When something happens that is beyond the control of the party involved–like death or incapacity or destruction of some necessary property–and it leaves them incapable of meeting the terms of the contract, then impossibility can be a defense. Likewise, if a change in the law makes the task required in the contract illegal, that would render the contract unenforceable.

Mutual or unilateral mistakes – if one or both parties were mistaken about the contract terms when they entered into the contract, this can be a legitimate defense for breach of contract.

If you’re a small or mid-size business owner, call us today  or fill out our contact form to schedule a business consultation session.

← Prev: The 10 Secret Steps to a Fulfilling Retirement Next: Planning for the Future of Your Digital Assets →

Will Your Company Crumble for Words Left Unwritten?

“A verbal agreement isn’t worth the paper it’s written on.” -Unknown If you are a parent, you probably have plenty of experience talking with your child about what they should or should not do, getting their assent, only to find the agreement cast to the wind mere...

Going into Business with Partners? Don’t Leave the Relationship to Chance

The only thing that compares to the American entrepreneurial spirit is our litigious tendencies. The two often go hand in hand, as business relationships involve one of the more contentious points in life. An otherwise minor friction can erupt in flames with the right...