Lauren Bacall Left Her Heirs a Hollywood Drama, Will you? 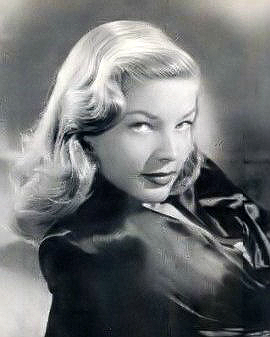 “A planned life is a dead life.”
-Lauren Bacall

While the legendary Hollywood actress’s words may hold some truth for our lives, they certainly do not for our deaths. On August 12, 2014, a stroke tragically ended the 90-year-old Bacall’s life. Her long life had been one of both great happiness and great wealth–she left behind an estate valued at over $26 million to three children, six grandchildren, and even several great grandchildren. While her inheritors surely won’t bemoan the wave of wealth coming their way, a lack of effective estate planning means that wave will hit far more painfully than she would have wished.

Bacall, remembered for her modelling, movie, and Broadway careers, married men who equalled her own fame: the equally legendary Humphrey Bogart and, later, actor Jason Robards. Coming in at $10 million, the New York apartment in which she passed made up over one-third of her entire estate. Having the entirety of New York City strolling through the place–peaking through the drawers and going through the closets–is probably not something she ever desired, but even legends have their estates put on display without proper planning.

While Bacall’s will is relatively tame, few prefer to have the specifics of their plan made common knowledge. The entirety of her estate is now up on public record for all to see. Instead of relying on a revocable living trust to govern her estate plan, she issued a will. While the popular media’s take on estate planning focuses almost entirely on the reading of a will in front of a large gathering of family and friends, such a superficial understanding of the process applied in real life can be a nightmare for the deceased’s loved ones.

The issue isn’t merely a matter of public exposure. Without the appropriate tools in place, her estate will incur an far larger tax bill than it would have otherwise. Being a resident of New York, Bacall’s estate is subject to both state and federal taxes, as is a trust left to her by Humphrey Bogart before his death in 1957.

The problem of taxation is compounded by a shortage of liquid assets in her estate at the time of her death. Leaving only $100,000 in cash (you read that right–a meager .003% of the entirety), her heirs will suffer under the tax burden when the time comes to pay up. The consequences of this have already made themselves felt: her three children are rushing her artwork to auction as they are given only nine months from the date of her death to pay the estate taxes.

Though the apartment is to be sold per her will, finding a buyer who is willing to finalize the deal before time runs out will be difficult–particularly as potential purchasers will be well aware of the deadline. That $10 million valuation may succumb to the especially poor bargaining position. One other way to provide the liquidity required to pay estate taxes, funeral costs, and whatever else the death incurs is life insurance. Here, too, Ms. Bacall did without.

Another looming financial threat is the potential value of intellectual property–including even her likeness. Though her will requested that her children keep her personal effects, letters, and memorabilia in the family, her children will be hard set weighing her wishes for these items against the larger estate.

Managing her intellectual property into the future will also be a burdensome obligation, potentially devolving into litigation as has occurred to a number of other Hollywood greats–Michael Jackson among them. By establishing a trust, her family will better be able to handle these assets and come to harmonious decisions on their future management without succumbing to bitter recriminations.

One of the main goals of our law practice is to help families like yours plan for the safe, successful transfer of wealth to the next generation. You don’t have to be a Hollywood maven to want to avoid a public probate, estate taxes, or family conflict after you are gone. Call our office today at 612-206-3701 or connect via our contact form to schedule a time for us to sit down and talk about this in a family estate planning consultation, where we can identify the best strategies for you and your family to ensure your legacy of love and financial security.

← Prev: How to Create a Plan that Keeps Your Blended Family in Harmony Next: Which Retirement Plan Best Fits Your Small Business? →

With my years of experience as an attorney, I have seen plenty of families left to sort things out for themselves because their parents either failed to plan their estate or turned to the siren song of the new, “do-it-yourself” estate planning websites in a misguided...

It’s Time You Got an Agent

You need an agent. No matter the nature of your unique talent and whether or not you have a particularly telegenic personality, your agent will be there to protect your interests and desires even after you’ve passed. What, did you think I meant the Hollywood type?...

The Tragic Family Fight Over the Property of Funnyman Robin Williams

The passing of beloved comedian Robin Williams shocked the world, but the latest tragedy that has followed in its wake was all too predictable. Mr. Williams left behind three children from two different marriages, Zak, Zelda, and Cody, from his first two marriages and...