US Supreme Court Evens the Playing Field Against Patent Trolls 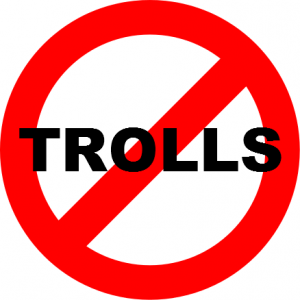 The proliferation of frivolous patent litigators is perhaps the most hated consequences of the technology boom of the last decade. We’ve talked about these patent trolls on our blog in the past.  Fortunately legitimate businesses big and small are regaining the upper-hand thanks to strong decisions lain down by the U.S. Supreme Court recently. Patent trolls are now increasingly on the defensive and businesses are finally recouping the fortunes they have expended in court. What’s more, newly-adopted review rules for the Federal Court of Appeals may serve as a sturdy bulwark against further baseless patent litigation.

The first case resulted in a unanimous decision: if the losing party conducts itself poorly–to the extent that it “stands out from others” in the wording of the Court–trial judges have greater power to impose legal fees.

Justice Sonia Sotomayor expanded on the qualifications, writing, “A case presenting either subjective bad faith or exceptionally meritless claims may sufficiently set itself apart from mine-run cases to warrant a fee award.”

The celebration can be felt beyond the heights of big business–Apple, Google, and others–to the average small business owner. Lacking the resources to bankroll a defense, many business owners have historically been left with little other option but to settle the case, handing over a sum total of millions of dollars to patent trolls. Now, when patent trolls bring litigation against business owners they do so at the risk of having to pay for the business owner’s costs of defense.

In the other decision, insurer Highmark, Inc. asserted its claim to some $5 million in recompense for a lengthy patent lawsuit against Allcare. Though at first dismissed by a Federal Circuit Court, Highmark’s further appeal turned the Supreme Court in its favor. The Court finds that appeals courts need greater deference to trial courts on the issue–meaning the court that bore first-hand witness to the baseless suit has real say in whether damages are deserved.

“Exceptional cases” may be grounds for awarding fees to defendants, per the U.S. Patent Act, but the Supreme Court found the appeals court misapplying more general federal standards. By limiting sanctions to litigation misconduct, the appeals court overlooked the kind of abuses that patent trolls rely on.

“An ‘exceptional’ case is simply one that stands out from others with respect to the substantive strength of a party’s litigating position (considering both the governing law and the facts of the case) or the unreasonable manner in which the case was litigated,” the court ruled.

The range of evidence used as grounds in the trial court’s ruling may not have qualified as litigation misconduct, but the entirety pointed to the simple fact that the troll’s case was maliciously meritless. Going forward, appeals courts must meet a higher standard when overruling the determination of a lower court.

Your business ideas are important property worth protecting.  If you are interested in learning more about business asset protection strategies, call us today at (612) 206-3701 or fill out our contact form to schedule a business consultation session.

← Prev: Wills? Trusts? What’s the Difference? Next: Lessons from the Tawdry Estate Battle of the Century →

Contact us to see how we can help you with Patents

How to Protect Your Business From Patent Trolls

Patent trolls, another name for Patent Assertion Entities, have gotten more exposure lately thanks in large part to the ongoing “smartphone patent wars”, as well as the growing number of businesses that are beginning to fight the malicious behavior of these entities...