Would the Court Enforce Your Company’s Non-Compete Agreement? 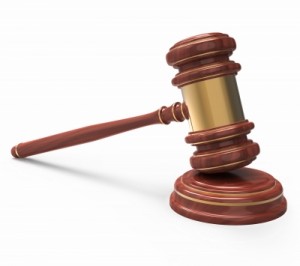 Non-compete agreements are a trusted business tool to help companies protect proprietary information that is important to their success.  However, a non-compete agreement is only useful if the court will enforce it, and courts have gotten more particular about what they will or won’t enforce in these agreements.

Here are some tips on implementing non-compete agreements that will actually stand up in court:

Know Minnesota law.  In Minnesota, non-compete agreements are generally disfavored because they are seen as a restraint on trade.  However, the court will enforce them when they are necessary to safeguard the company’s protectable interests and the terms are reasonable. Knowing what the court has enforced in the past provides a roadmap for drafting an agreement they will likely enforce in the future.

Use sparingly.  Use a non-compete only for employees who actually have access to sensitive information. There are other legal tools, like non-solicitation agreements, confidentiality agreements, and trade secret agreements which may get you what you want with easier enforcement hurdles.

Limit the scope.  Each non-compete should narrowly define the information covered, the relevant market or geographical area, and a reasonable time period for enforcement.

Get the timing right.  Non-compete agreements are governed by contract principles, and one of the main tenets of contract law is that there must be some sort of exchange, called consideration, for it to be enforceable. That means that you can make a job offer contingent on the new hire signing the agreement, because their getting the job would be the consideration, provided you get the timing handled right. If you get the timing wrong, which is easy to do unwittingly, you have to offer something of value for consideration. That could be money, or a promotion, or some new perks; the after-hire consideration must be something of value that is a real benefit, so something nominal or a new title in name only won’t cut it.

Is it the right agreement?  If you are concerned that an employee might leave and then solicit clients or take other employees with him or her, use a non-solicitation agreement instead of a non-compete.

If you’re a small or mid-size business owner and want some help reviewing or drafting your company’s non-compete agreement, call us at (612) 206-3701 or fill out our contact form today to schedule a business consultation session.

← Prev: Don't Forget to Create a Plan that Ensures Your Pet’s Care Next: The Holidays are a Great Time to Check Up on Aging Parents →

Non-Compete Litigation More Prevalent than Ever

The past decade has seen a rise in litigation related to non-compete agreements of at least 61%, as reported recently in the Wall Street Journal. The Journal goes on to note that not only is this a monumental change, but that the real number may be even higher as many...